An Overview of One of the Most Accepted, Yet Misunderstood, Medicinal Plants in History

There is a voluminous amount of anecdotal evidence showing that authentic, properly prepared Aloe vera has powerful healing properties in humans and animals. The virtues of Aloe vera have been recorded for thousands of years by many ancient civilizations, including Egypt, Persia, Greece, India and Africa. Although today it is found throughout the world as a common household plant, Aloe is, without doubt, one of the most accepted, yet misunderstood medicinal plants in history. It is not just “good for burns.”

Historical evidence indicates that Aloe vera originated in the warm, dry climate of Africa, although today the plant is found worldwide. From Europe, the Spanish carried Aloe to their New World possessions in South America and the Caribbean. Spanish missionaries in the west always planted Aloe around their settlements and carried it on their journeys to aid the sick. Today Aloe is used worldwide, particularly in the U.S. and Canada, both internally as a drink and in cosmetics and ointments. Japan currently imports over fifty million dollars of Aloe per year to treat people with ulcers and digestive problems. 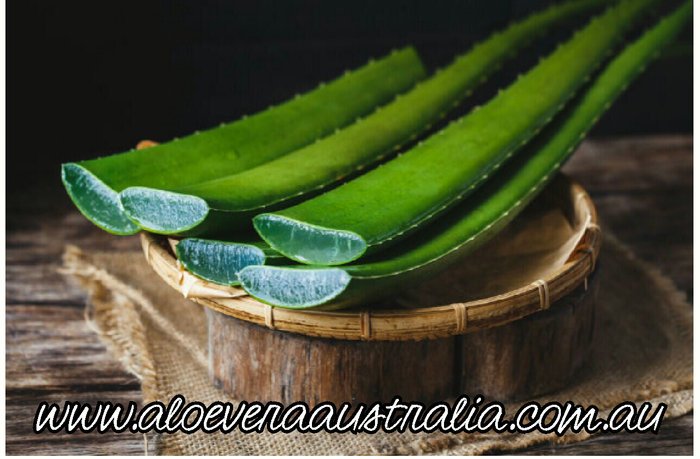 Although the modern medical community has given the health benefits of Aloe vera limited official standing, there have been numerous worldwide scientific studies by authoritative and respected medical researchers revealing Aloe’s ubiquitous health benefits for people and animals as well.

Let’s briefly examine how it could be that H. R. McDaniel, M.D., pathologist and researcher at the Dallas-Fort Worth Medical Center, has said, “The use of Aloe vera will be the most important single step forward in the treatment of diseases in the history of mankind.”

In clinical studies of whole-leaf Aloe vera’s internal and external uses during the past six months, I have personally witnessed mitigations or complete resolutions of the following:

I know you must be thinking that no one plant or product could affect – in some positive way – all of the above. If so, it would be a miracle. Webster defines a miracle as “an extraordinary event manifesting outstanding or unusual event, thing, or accomplishment; and a divinely natural occurrence that must be learned humanly.” By this definition, it is no wonder why thousands of Aloe vera users worldwide have commonly referred to it as a “miracle plant.” Is Aloe vera really a miracle plant? Many facts and continued research are available, so you may decide for yourself. Organized medicine and pharmacology have not embraced Aloe, because it cannot be patented and its usage threatens literally hundreds of prescription and non-prescription drugs. Aloe vera is hypoallergenic and has no known side effects even in large doses.

Specific gravity of the stool was reduced on the average of 0.37 with decreased stool transit time, without diarrhea. Stool cultures were generally more normal, especially in the twothirds of test subjects that had, prior to the trial, high amounts of bowel yeast (Candida albicans). Aloe promoted a more favorable balance of gastrointestinal symbiotic bacteria and decreased yeast populations. All subjects who had indigestion, irritable bowel syndrome, colitis, and gastritis reported symptomatic relief after this short, seven-day research study.

The Aloe vera in this 1985 study was yellowish in color, had a somewhat bitter taste, was pasteurized and contained preservatives. Since this study, new 1990’s technology has improved the healing potential of Aloe with the advent of whole-leaf processing. This technique removes only the aloin (a cathartic). But uses the entire whole leaf instead of merely the clear inner gel. Scientific research has proved that the outer leaf and rind, which previously were thrown away, contain 200% more of the active therapeutic ingredients.

However, over 95% of the Aloes on the market today still use only the inner gel and stabilize the Aloe in a high-heat process that degrades some of the enzymes, polysaccharides and mucopolysaccharides. High heat (pasteurization and/or autoclave methods) break down the constituents in Aloe that are the most valuable for healing. Heat also kills the live enzymes necessary for digestion. Most Aloes are heat processed.

“Brand A” whole-leaf Aloe concentrate is one of only a few Aloes that are cold-processed. There is no FDA control of Aloe labeling as it is an FDA-approved food. With only 10% Aloe and 90% water, companies can label their product a 100% Aloe drink! Most of these Aloe vera products are very low or even devoid of these active enzymes and polysaccharides that scientists feel are essential for the anti-viral, anti-inflammatory, immune-enhancing and tissue-healing effects of real Aloe vera.

Aloe vera’s mucopolysaccharides are long-chain sugars found in large amounts in the plant and properly prepared whole-leaf Aloe juice and juice concentrates. We have just begun in the last few years to recognize the major role that mucopolysaccharides (MPS) play in human and animal health.

Carrington Laboratories, Inc., has isolated one of these and trademarked it “Acemannan.” They are working for FDA drug approval as a potent immune-modulating and anti-viral material. It works by interacting with the immune system, enhancing rather than overriding Acemannan is a potent stimulator of macrophage activity. In animals, this naturally occurring polysaccharide has been shown to increase production of tumor necrosis factoralpha and interleukin-1 by the macrophage. In fact, on November 4, 1991, Carrington Laboratories, Inc., announced approval by the USDA to market Acemannan as an aid in the treatment of canine and feline fibrosarcoma. Currently, there is no effective treatment for this disease. Acemannan causes tumor necrosis to occur in this form of fibrosarcoma, with encapsulation of cancerous tissue, facilitating surgical removal.

This unique mechanism of this major active ingredient of the Aloe vera plant, coupled with its direct anti-viral activity, explains why whole leaf Aloe, in addition to wound care, shows promise in a wide range of human and animal diseases including AIDS, cancer and ulcerative colitis. Other aspects of MPS are that they are found in every single cell in the body. They play a crucial role in performing bodily functions by:

MPS are as vital to a healthy body as bricks are to a brick house. The human body stops manufacturing MPS around puberty. After this, one must begin to receive the MPS from outside sources. One of the very best sources comes from whole leaf Aloe vera. Experts agree that MPS contribute to good health and their deficiency can produce drastic degenerative diseases. But not all Aloes are alike. Consumers of Aloe are beginning to learn that if an Aloe product looks like water (instead of yellowish or reddish), it probably is water or heavily diluted.

As discussed, “100% Aloe vera” can be put on the label of an Aloe beverage or product that only contains a fraction of Aloe. A manufacturer can put one gallon of pure Aloe in 100 gallons of water, mix it, and call it “100% Aloe vera;” and it’s legal. Where is the FDA when you really need it?

To repeat, real Aloe vera does not look like or taste like water. This fact is emphasized because even if the consumer has no other information to judge the Aloe he is buying (although independent lab tests are now available), then the product’s appearance and taste are the first line of defense against being defrauded. If an Aloe is not at least yellowish in color, you are not buying Aloe vera, no matter what the seller claims. You have the right to ask the seller for proof. Hopefully, the FDA will demand this in the near future.

Scientific studies on Aloe vera have been published for decades proving its effectiveness in a multitude of conditions: radiation and other burns, cancer in animals, HIV, digestive problems, skin ulcer and wound healing, immune modulation, infections (virus, bacteria and fungus), toxicity, pruritis, hyperglycemia, hypercholesterolemia, and inflammatory conditions (external or internal), to name a few.

Widely used since Rigvedic times for its medicinal, skin-care, beauty, and health properties, Aloe Vera can easily be placed in the category “panaceas”. Indeed, more than two millennia ago, the scientists from Greece regarded aloe as the universal panacea, while the ancient Egyptians gave it the name “the plant of immortality”. The plant’s name originates from the word “Alloeh”, coming from Arabic, which means “shining bitter substance”. Vera’s meaning from Latin is “true”.

Cold processed whole leaf Aloe vera is perhaps my number one daily health supplement that I take without fail, and the one I prescribe most frequently for most patients, as well as members of my family. My own skin, scalp, digestion, elimination and energy have all improved since I started on Brand “A” whole leaf Aloe products. My own research with “God’s miracle plant” will continue. “So far, so good,” is an understatement.

With all the chemicals being used in apples today, I think a new maxim will emerge: “Drinking Aloe today, keeps the doctor away.