In ancient Greece Aristotle taught Alexander the Great about the efficacy of Aloe. The  hero gave it to his soldiers to maintain their health on campaigns.

Liu Yu Xi recorded his experience with Aloe or “rokai” as it was known in Chinese  medicine: “When I was a child, I suffered from obstinate eczema. I used various  medicines, but they were ineffective. However, when I used Aloe, which a drug merchant  recommended me, the eczema healed rapidly.”

The most common use of Aloe is to apply it to cuts and burns. Some readers may recall  their grandmother picking Aloe, growing along the veranda, and applying its juice to a  cut or burn, and feeling the rapid relief of pain.

In vitro demonstrations show that extracts from Aloe degrade bradykinin, a substance  responsible for pain and inflammation after injury. Carboxypeptidase is the active  ingredient of Aloe which produces the anti-inflammatory action.

(not shown) shows the back of rabbits with experimentally induced burns. The  left picture shows a cross-section of the rabbit’s back without Aloe treatment, while the  right shows the back treated with Aloe. The untreated back tissue showed progression of inflammation into the subcutaneous lipid layer. The Aloe-treated back showed  inflammation only in part of the  epidermis.

Burns are known to progress  along the following course: pain,  redness and fever, edema, necrosis  and dysfunction. Aloe suppressed  the burn’s aggravation by suppressing the pain and edema.

Aloe is effective not only when  applied topically, but also when  taken orally. Oral treatment is  more effective because it acts on  the affected tissue via blood  vessels. 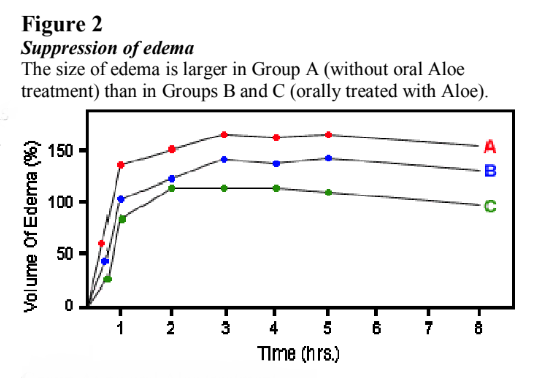 The size of edema is larger in Group A (without oral Aloe  treatment) than in Groups B and C (orally treated with Aloe).

Group A: no oral Aloe treatment

Figure 2 shows the effect of oral  Aloe treatment on rats with experimentally induced foot burns. The rats were divided into three groups: Group A  (rats without oral Aloe treatment) and Groups B and C (rats orally treated with Aloe).  The size of edema was smaller in Groups B and C than in Group A. If grandmother had  said “chew on this piece of Aloe,” your wound would have healed more rapidly than with  a topical application.

Aloe is also known to favorably affect the stomach and intestinal track. Gastric ulcers is  a very common disease in our modern stress filled world. Aloe, which suppresses gastric  ulcers, can be regarded as a household medicine for people who suffer from this disease.

Simply speaking, gastric ulcers is a condition where one’s own gastric juice has digested  the stomach. Gastric juice, primarily containing pepsin, is secreted from the stomach to  digest food. Normally, gastric juice does not digest the stomach because of a protective layer of superficial membrane composed of neutral mucous cells shielding the gastric  wall.

However, once a hole is created in this membrane due to stress or other causes, the  pepsin digests the gastric wall, resulting in an ulceration.

Aloe first suppresses the action of pepsin itself, and then, a polysaccharide contained in  Aloe promotes the repair of the protec-tive membrane.

The lower two pictures show the cross section of the gastric wall. The surface of the  gastric wall without oral Aloe treatment has been destroyed, and shows ulceration. The  right picture shows the gastric wall in rats orally treated with Aloe.

In one, a concentrated aloe vera drink was used to successfully treat 12 patients with stomach ulcers (51Trusted Source). (2)

In another study, taking antibiotics with 1.4 mg/pound (3 mg/kg) of aloe vera daily for six weeks was as effective as the conventional treatment at healing ulcers and reducing H. pylori levels (52). (2)

Aloe vera intake is considered generally safe and the above studies show some promising results. (2)

At the present time, people tend to eat excessively and get little exercise, factors that can  be attributed to an increasing prevalence of diabetes mellitus. Aloe has been shown to be  a highly effective treatment for diabetes.

Obesity triggers NIDDM among people in age groups susceptible to adult diseases.  Some strains of mice used to test Aloe’s effect also developed NIDDM in the presence of  obesity. We examined two such strains.

Figure 4 shows that in both strains of mice, Aloe injection reduced blood glucose level to  a normal range (120 mg/dl) 8-12 hours after injection.

Insulin is secreted from the beta cells of the islet of the pancreas. Treatment with  streptozotocin (Sz) is known to destroy the beta cells causing diabetes mellitus. We  experimentally induced IDDM in mice by Sz treatment, and then administered Aloe.

Research suggests that aloe vera juice or supplements could have a number of possible benefits for people with diabetes:

Few side effects. As the authors of a review of studies published in the Journal of Clinical Pharmacy and Therapeutics noted, most people who have participated in studies involving aloe vera preparations seemed to tolerate the aloe vera and didn’t experience any adverse side effects.

Lower HbA1c averages. Another review of studies found that the research results on this are currently mixed. One clinical trial involving laboratory rats found that aloe vera helped the animals reduce their HbA1c levels, which could bode well for people with diabetes, too. However, an earlier clinical trial involving people didn’t achieve the same results. More research is needed to determine if and how aloe vera could be used to help improve HbA1c levels. 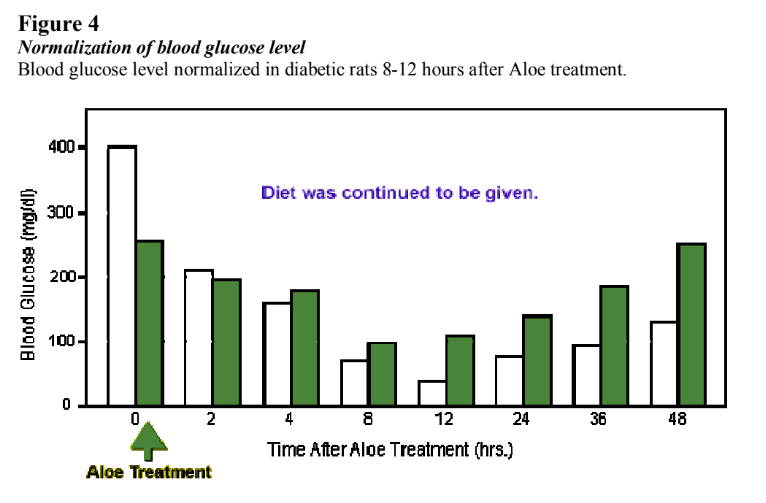 (not shown) shows micrographys of the islet. In mice treated with Aloe A, the  islet remained intact, and beta cells were preserved. This is probably because the active  ingredient derived from the superficial Aloe leaf, protected beta cells from Sz or  promoted the normalization of degenerated beta cells.

In mice treated with Aloe B, the islet and the beta cells were destroyed, resulted in the  insulin-secreting dysfunction. However, these mice also showed normalization of blood  glucose level. This is probably because Aloe B contains a substance which reduces blood  glucose level, like insulin.

At the present time, the leading cause for blindness is diabetic retinopathy. In view of  this fact, the effects of Aloe are highly promising. 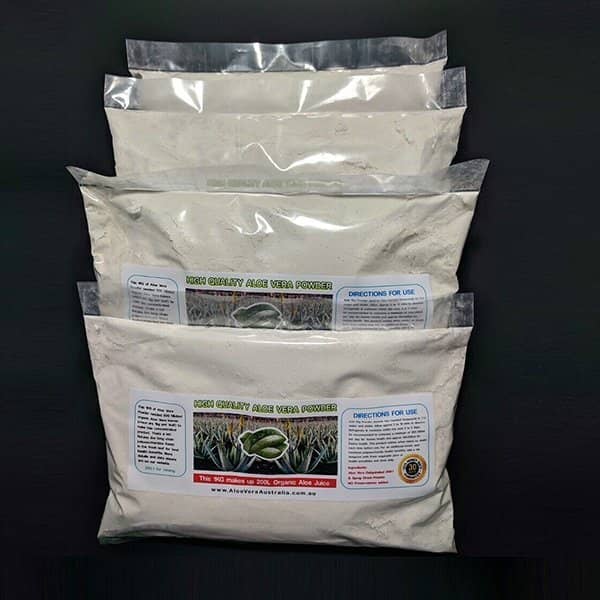 The greatest theme of 21st century medicine is to overcome cancers. Allegorically  speaking, it is a military expedition, led by Alexander the Great, that continues toward  the goal of defeating cancers, with Aloe a potent soldier in the expedition.

Canceration is known to involve two steps. First, an initiator acts in the genes of cells,  causing mutation (precancerous lesion). Subsequently a promoter enhances the  proliferation of these cells, leading to the onset of tumors. Tests showed that Aloe  suppressed the formation of precancerous lesions by initiators.

If an agent called DEN is administered to  rats, their liver develops precancerous  lesions, the size of which was reduced by  oral Aloe treatment.

Figure 6 compares the size of precancerous liver lesions (black areas)  between Aloe-treated rats and untreated  rats. The difference is clear. 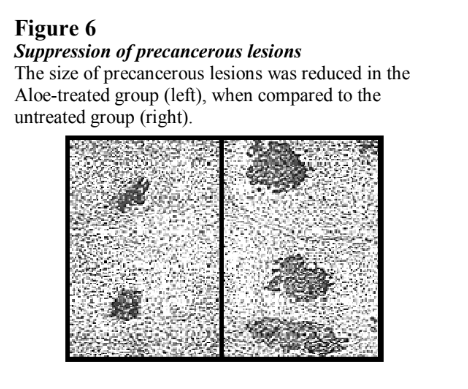 When the effect of Aloe in preventing  canceration was examined by  administering it before DEN treatment, Aloe appeared to have some potential for  preventing canceration.

In daily life, initiators and promoters of cancer are contained in tobacco, food additives,  air pollutants, scorched fish, etc. However, it is impossible to completely avoid such foods or factors. It is, therefore, reasonable to utilize the effect of Aloe, etc., in parallel to  the efforts of avoiding ingestion of such factors, for the goal of preventing cancers.

Although it is ideal to ingest raw Aloe, its bitter taste makes it difficult to take daily  doses in such a form. For this reason, Aloe is often ingested in the form of heat-dried  powder. However, if Aloe is heated, its active ingredients (anti-inflammatory  carboxylpeptidase, and anti-ulcer glycoprotein and enzymes such as protease inhibitors)  can be impaired, and be accompanied by an increase in aloin due to exposure to heat and  oxygen.

Aloin is a potent laxative, but its excessive increase can aggravate gastric ulcers and  diabetes. To avoid such problems, it is desirable to freeze-dry Aloe into a powder form.  Freeze-dried Aloe powder was used in examining the anti-cancer effects of Aloe in rats. 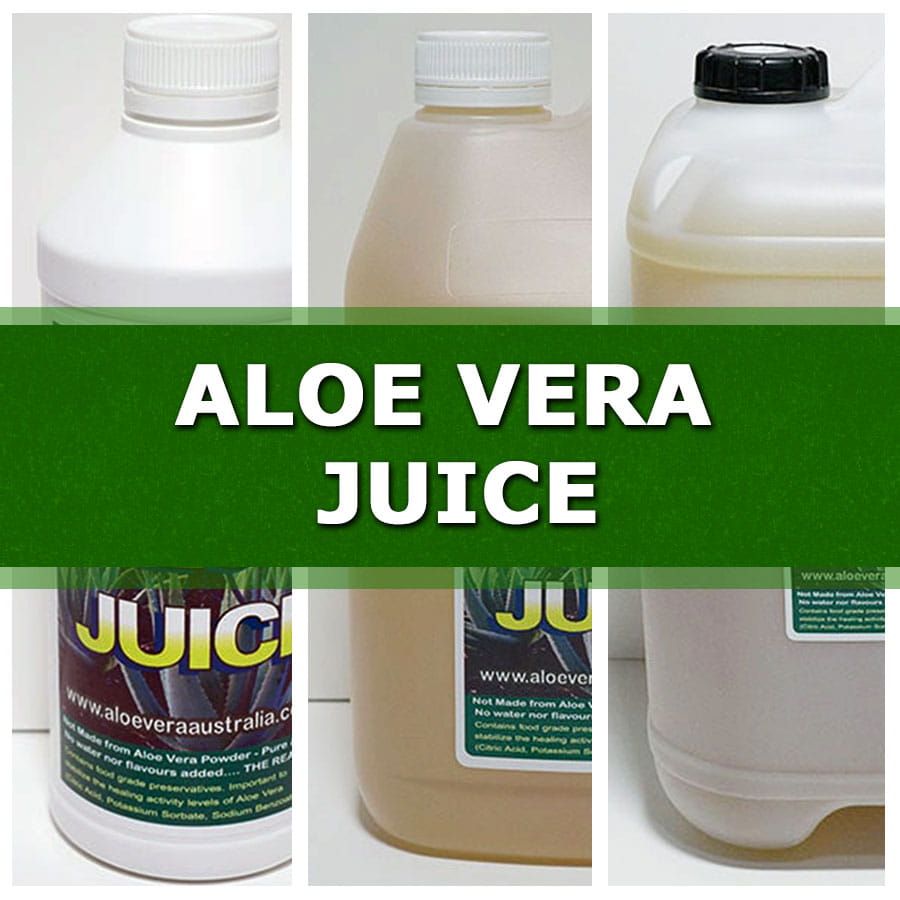 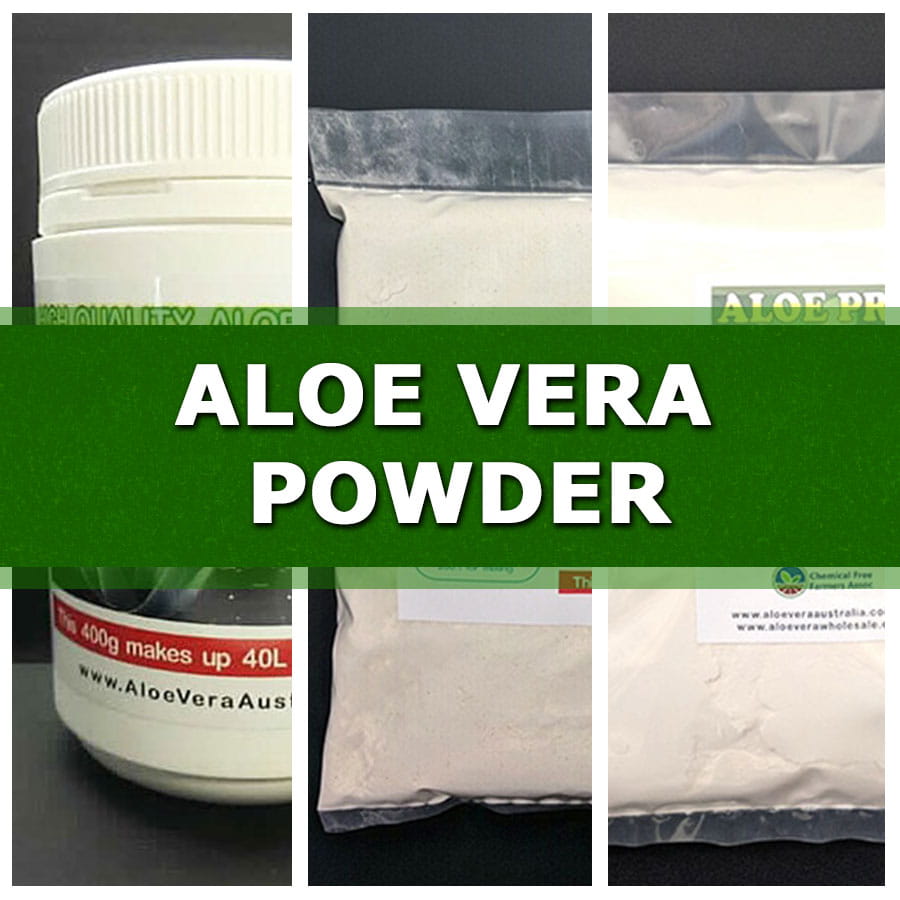 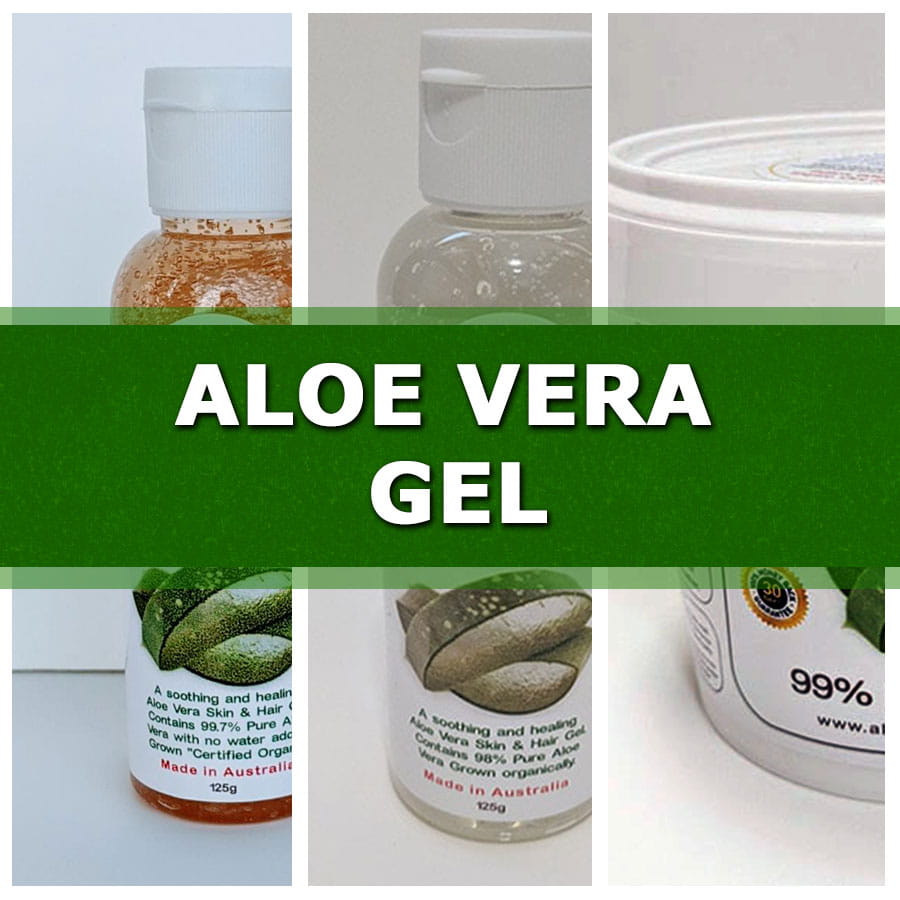