Historical evidence encompassing more than 4,000 years testifies to the high regard of  ancient peoples to the benefits of Aloe vera.

In the 1930’s, interest in the internal gel was enhanced when the material was found to  be remarkably effective in treating radiation-induced dermatitis. Since that time, a  number of external and internal uses for the internal gel of Aloe have been reported in the  literature, some of which are truly remarkable. Owing to increasing anecdotal reports  purporting to corroborate beneficial effects of drinking the ground, preserved, internal gel  of Aloe, a number of scientific investigations have been undertaken to evaluate the  validity of the anecdotal reports.

A few of the scientifically documented beneficial uses of drinking Aloe beverages will  be delineated in contradistinction to untold numbers of anecdotal reports which represent  subjective impressions or appraisals.

There are plenty of ways you can use aloe vera, both topically and internally.

Due to its soothing, moisturizing, and cooling properties, aloe vera is often used to treat burns. 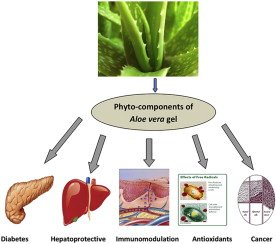 The gastrointestinal tract (also called the GI tract) is a series of hollow organs that form a long continuous passage from our mouth to our anus. The organs that make up our GI tract are our mouth, esophagus, stomach, small intestine, large intestine, and anus. (2)

For over 300 years the curanderos and curanderas in the Rio Grande Valley of Texas and  the northern states of Mexico have recommended internal Aloe gel for “Las  enferemedades del estomago y los intestinos, pero especialment para las ulceras.” (The  diseases of the stomach and intestines, but especially for ulcers.) As a result of these  anecdotal reports, scientific investigations have been undertaken in animal models  (laboratory rats) which have shown that if Aloe gel is administered prior to the ulcer inducing stress (immobilization), there is an 80% decrease in the number of ulcers  formed compared with the control animals given saline instead of the Aloe gel. Similarly,  if the Aloe gel was given after the ulcers were formed, healing was three times as fast  compared to the healing in the control animals. (Galal et al, 1975)

In a second laboratory investigation, Aloe gel pretreatment was 85% effective in  preventing stomach lesions, and 50% better than the controls in healing the gastric  ulcerations. (Kandil and Gobran, 1979)

Additional studies showed that a common group of plant constituents, the triterpenes,  including lupeol, possess ulceroprotective activity against the formation of gastric  ulcerations in albino rats induced by immobilization restraint. (Gupta et al, 1981) Other  investigations have shown that Aloe gel preparations contain lupeol as well as other  triterpenoids. (Suga and Hirata, 1983)

Aloe gel mixed with heavy liquid petrolatum (2:1) was given to 12 patients, 7 males and  5 females, ages 24 to 84 years, with definitive x-ray evidence of duodenal ulcers. All 12  patients showed complete recovery with no recurrence for at least a year after ulcer  healing. This study suffers, however, from the fact that (1) Duodenal ulcers are often self healing without any treatment, and (2) There was no control group of patients treated in a  similar manner without the administration of Aloe. Nonetheless, the physicians who  conducted the study represent trained, clinically-experienced observers, and thus even  these uncontrolled observations have some scientific merit. (Blitz et al, 1963)

Coronary heart disease associated with the accumulation of blood fats (Lipids) in the  lining of the arteries is still one of the major causes of death in the Western world.  Several studies in animal models as well as in human subjects have suggested that the  ingestion of Aloe gel may have a beneficial effect by lowering serum cholesterol, serum  triglycerides, and serum phospholipids, which, when elevated, seem to accelerate the  deposition of fatty materials in the large and medium-sized arteries, including the  coronary arteries of the heart.

In one study, albino laboratory rats were fed high cholesterol diets with the experimental  group fed the polysaccharide (Glucomannan) from Aloe. Compared with the control  animals, the group fed the Aloe fraction showed:

The evidence suggests that the ingestion of Aloe gel, may have a salubrious effect on fat  (Lipid) metabolism which, if active in human subjects, would tend to decrease the risk of  coronary artery disease in people. (Joshi and Dixit, 1986)

Monkeys given Triton, which causes marked increases in blood lipids, were divided into  two groups. The first group was given Aloe, while the second group received the drug,  clofibrate, which is used clinically to lower serum cholesterol and triglyceride levels. The  following data show the reduction in the various parameters compared with the control  animals.

There was a marked in the  beneficial HDL/Total Cholesterol ratios. (Bixit and  Joshi, 1983)

A third investigation was  performed studying 5,000  patients who were fed the husks  of a local Indian plant, isabgal, which provided fiber, and Aloe gel as a beverage. There were some remarkable effects in  three important areas:

b. Decreased post-prandial (after a meal) elevation in blood sugar  levels in diabetic patients.

c. Angina pectoris (chest pain from insufficient delivery of oxygen  to the heart.)

a. Decreased frequency of anginal attacks.

These data in the human study suggest that the benefit from the regimen, at least in part  attributable to the ingested Aloe beverage, may have salubrious effects on several  systems in the body. (Agarwal, 1985)

Boosts immunity: Aloe vera juice contains many antioxidants which fight the free radicals found in human bodies and it also increases the body’s metabolism. Promotes heart health: Drinking aloe vera juice could internally help you to improve blood circulation in the body. Aloe vera is known to decrease total fat levels in patients with high cholesterol. This further helps in reducing fatty deposits and blood clots in the arteries of the heart. (3) 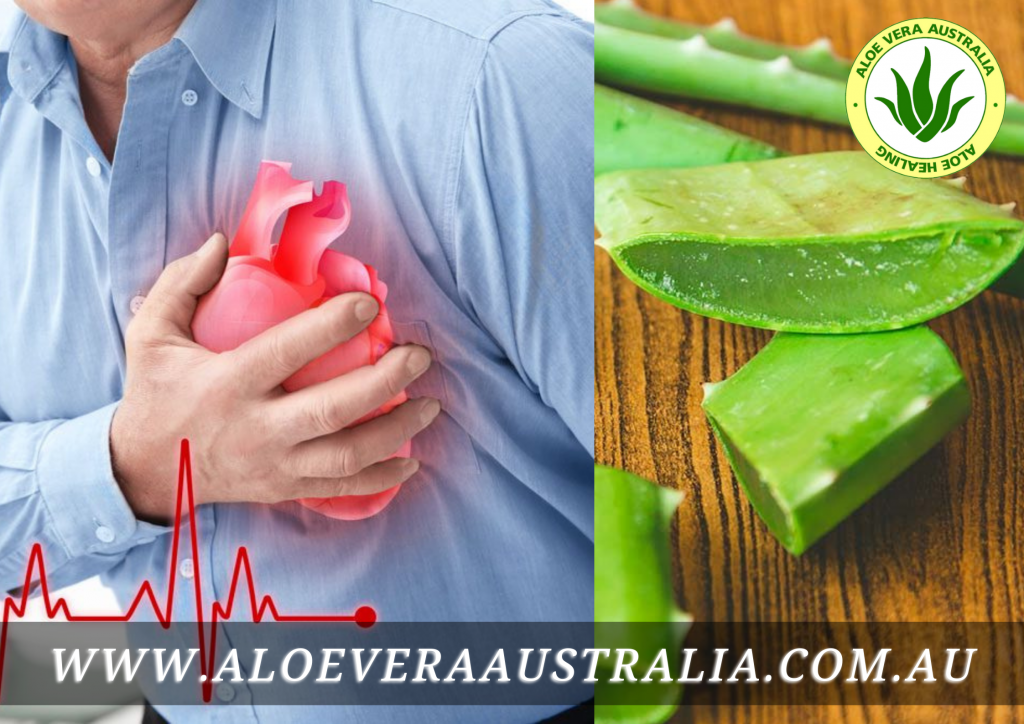 One of the common experimental cancer models is sarcoma-180. When Aloe was  administered to mice bearing S-180 tumors, the tumor growth was inhibited. (Soeda,  1969; Suzuki, 1979)

Similarly, Alexin B, a specific molecule species derived from Aloe, was shown to  possess anti-cancer activity against lymphocytic leukemia. (Suzuki, 1979a) Additional  investigations revealed that another molecular species derived from Aloe, Aloctin-A, had  anti-tumor activity, but the action was to bolster the immune system rather than a direct  anti-tumor activity. (Imanishi et al, 1981) 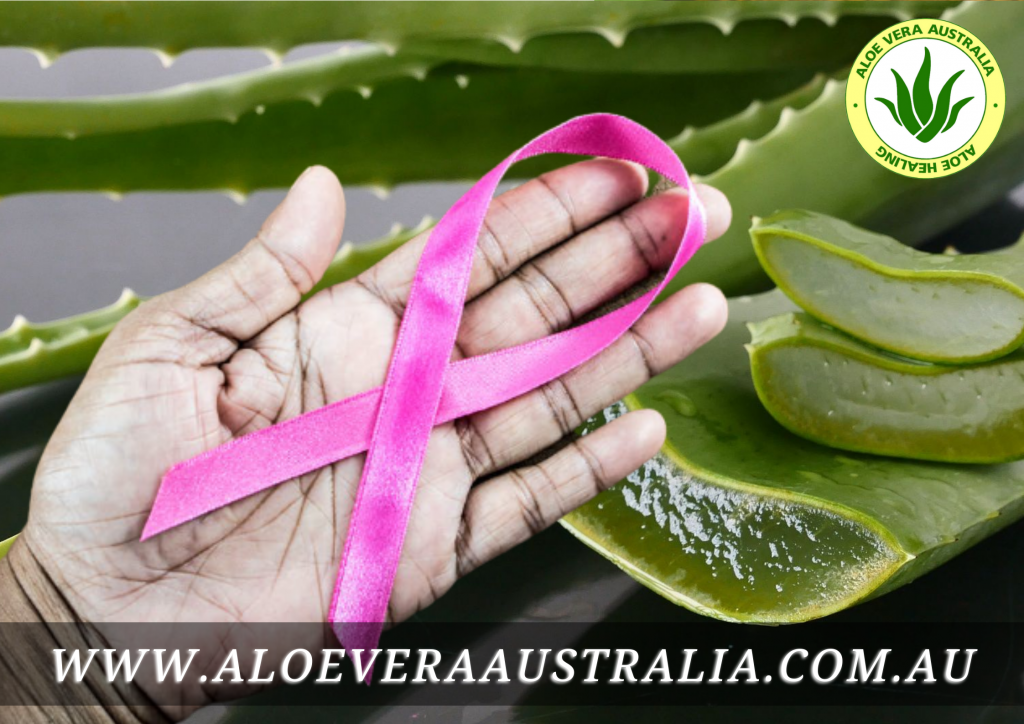 There are several mechanisms which contribute to the immunological protection enjoyed  by normal persons. Among these mechanisms the ingestion of bacteria and other  potentially harmful agents by certain white blood cells (a process termed phagocytosis)  and the formation of antibodies (formed by another group of white cells, the beta lymphocytes) are probably the most important. Scientific evidence suggests that Aloe gel  contains substances which are active both in stimulating phagocytosis as well as  stimulating the formation of antibodies.

In one study, the Aloe fractions were shown to increase phagocytosis when injected into  guinea pigs. (Stepanava et al, 1977) In another study, mice were injected  intraperitoneally with Escherichia coli, which caused a serious infection to develop in the  abdominal cavity, namely, peritonitis. Injects of materials from two species of Aloe (Aloe  barteri and Aloe ferox) both stimulated phagocytic activity in the animals. (Delaveau et  al, 1980) It was demonstrated that phagocytic activity was depressed in adult patients  with bronchial asthma. A mixture of amino acids derived from Aloe enhanced the  depressed phagocytic function of the white blood cells in these asthma patients. (Yagi et  al, 1987) In an additional study when certain materials (lectins) purified from Aloe were  added to human lymphocytes raised in tissue cultures, the human white cells were  stimulated to produce antibodies. (Suzuki et al, 1979)

Perhaps the most remarkable studies concern the effect of Aloe fractions on the status of  patients with HIV which causes AIDS. The polysaccharide fraction of Aloe was shown to  exhibit antiviral activity and enhance cell function. The polysaccharide was given orally, 250 milligrams four times a day, to 8 patients with ARC (AIDS Related Complex), with  Walter Reed staging from 3 to 6. Eight of eight patients showed improvement within 90  days of therapy with an average reduction of 2 Walter Reed stages. Fever and night  sweats were eliminated in all patients; diarrhea was alleviated in two of three patients, and opportunistic infections (which are usually responsible for the death of the AIDS  patient) were controlled or eliminated in six of eight patients. Two patients,  unemployable because of the intensity of their symptoms, returned to full employment.  Three of three patients showed a decline in HIV core antigen (P-24). Initially positive  HIV cultures became negative in three patients. Clinical toxicity and side-effects were  entirely absent. Acute toxicity studies in animals showed no toxicity whatever at dosages  100 times those used in the pilot human experiments. (McDaniel and McAnalley, 1988) These experiments however, were uncontrolled, and additional studies, utilizing  appropriate scientific study design would need to be done before the data would be  acceptable to the scientific community.

In plasma there are four interacting systems which serve vital protective functions. These  include the following:

The latter system, the complement system, consists of a series of proteins which require  activation. When activated these proteins interact sequentially – a cascade phenomenon –  and form circular, doughnut-shaped proteins, which are inserted into the surface  membranes of bacteria, literally causing “holes” which permit the interior of the  bacterium to become exposed to the environment, causing the death of the organism.  Normally this complement system is stimulated by the presence of polysaccharides on the  surface of the invading organism. Studies have shown that the polysaccharides  (glucomannans) of Aloe can perform this function. (t’Hart et al, 1988; t’Hart et al, 1989)

There are several additional beneficial actions of ingested Aloe presented in the  literature. True, many of the anecdotal reports have been studied in animal models, giving  credence to the anecdotal information. Other reported benefits in human subjects have yet  to be documented by scientific investigations. A number of studies are currently  underway in various laboratories across the country and in other countries as well.

Three salient points are of vital significance in providing credibility to scientific studies:  (1) How are the polysaccharides handled in the digestive tract? (2) As the juice is so  “dilute” is there really sufficient material absorbed to account for the reported benefits?  (3) What amount of juice would be required orally, on the average, to provide a  beneficial effect?

‘Aloe vera is packed full of immune-boosting polysaccharides which help the immune system to behave properly.’ Too much inflammation in the body can cause problems within the immune system and conditions like asthma, eczema and Crohn’s disease. Soothing herbs like aloe vera juice can slow the inflammatory cascade and help reorder the immune response to prevent these conditions.’ (4) 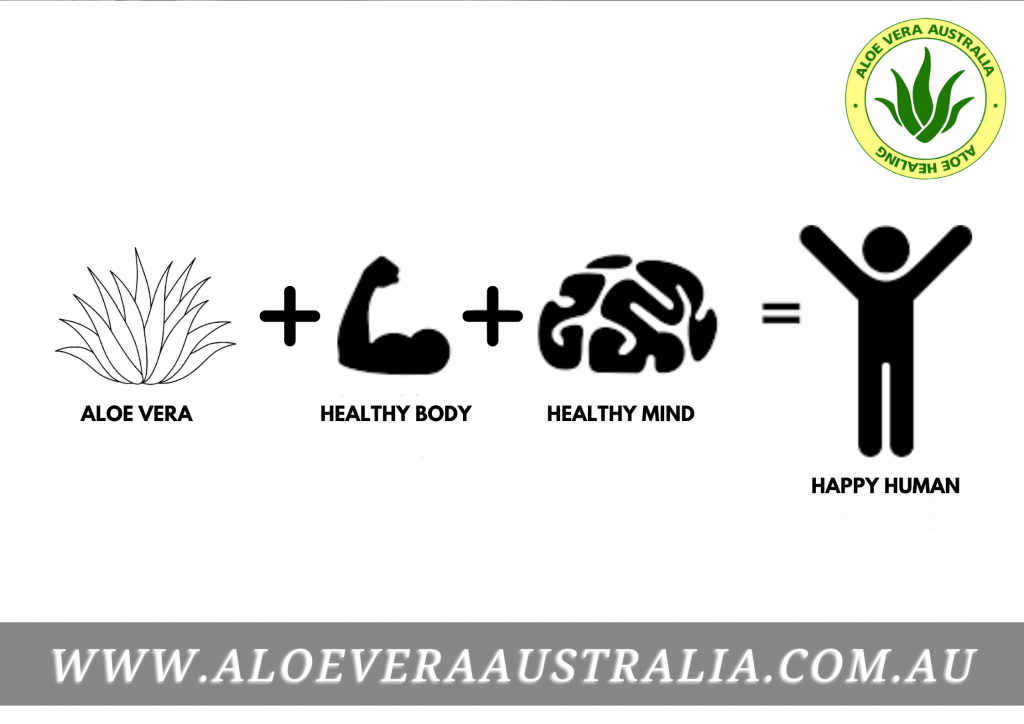